New WG video is looking to be something pretty special... 26 June 2021

We were lucky enough to be on set for the filming of the new Winter Gardens music video & it was awe-inspiring to see the team in action. We’ve also seen a rough edit of the final piece &, holy moly, it’s already blown our minds. More info on the video & the new WG single will be coming soon, but for now, rest assured that Ananda & crew are about to knock it out of the park. 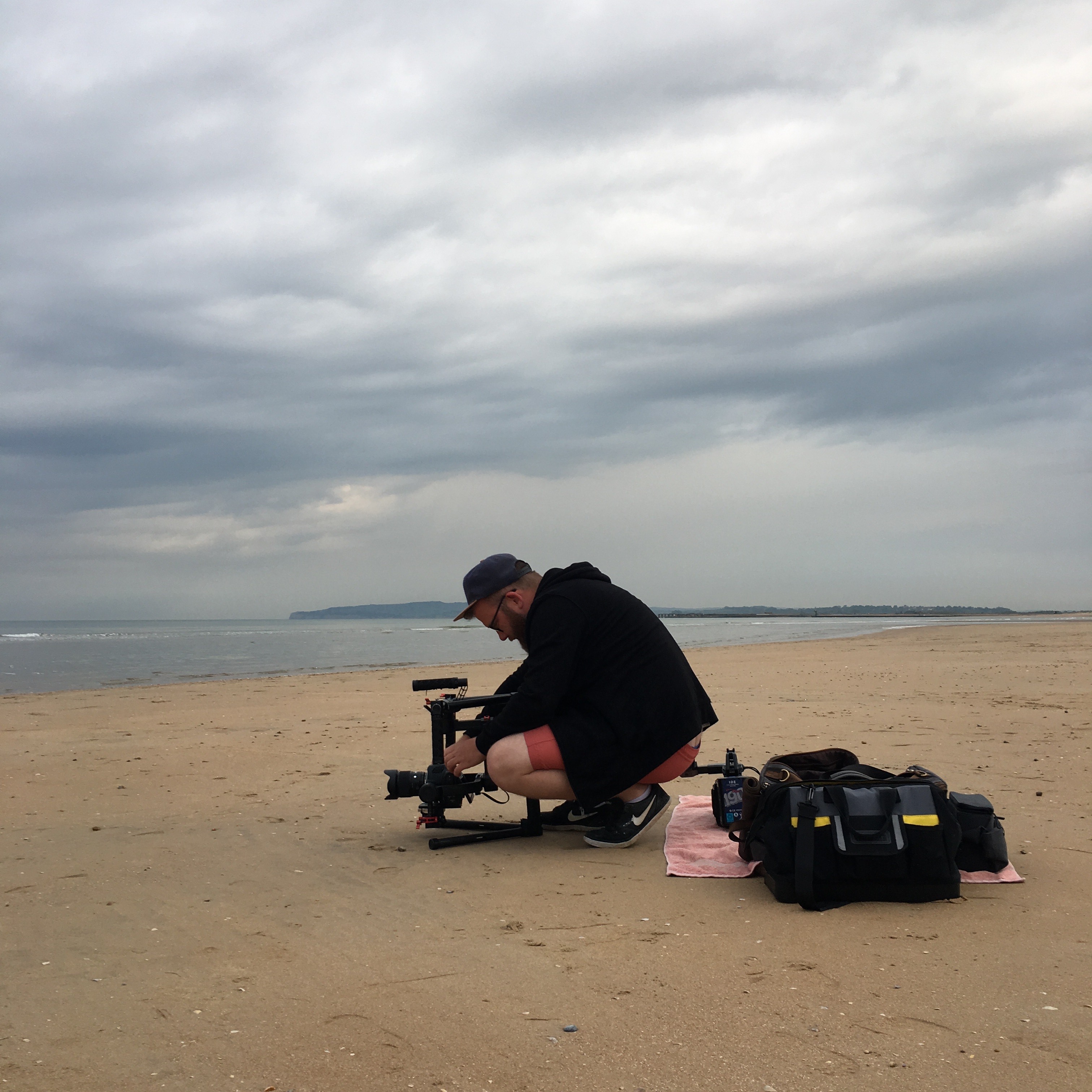 As premiered on amazing radio last week, “Old Joe” is the new single from our newest roster additions Seadog. Recorded at Bella Union Studios & produced by Jack Wolter of Penelope Isles, this gorgeous slab of fuzzy-folk-rock is taken from the duo’s upcoming second album “Internal Noise”, & will be available through all the usual channels from July 23rd. Keep an eye out, you don’t want to miss this next chapter of the Seadog journey. 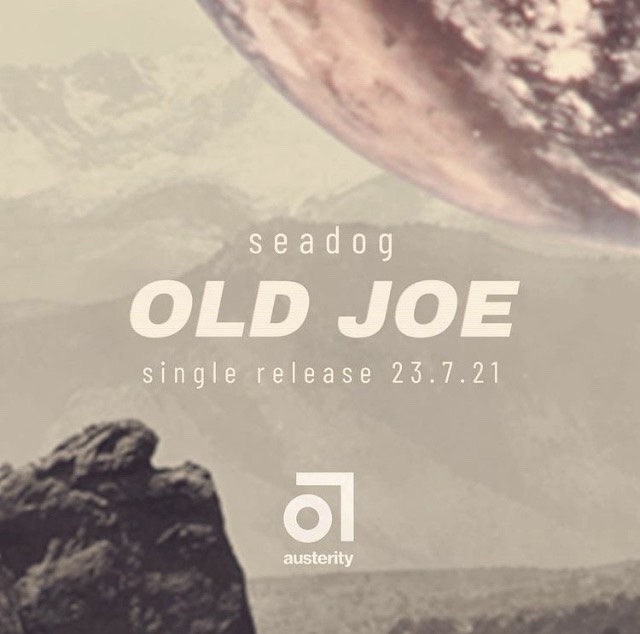 Following another disappointing announcement from our fantastic Government, we all need something to look forward to. & that’s where we come in. We are happy to present to you the first-ever austerity records All-Dayer, live from 1pm at The Piper in St. Leonard’s on Saturday July 24th. Featuring a day of music & performance from eight bands that we know, love & respect.

Tickets are available now for only £12 HERE. Limited capacity, so snag your tix quick. Come & join us at the biggest party of the summer on the first weekend of freedooooom! Artwork courtesy of the ever talented Alex Brown. <3 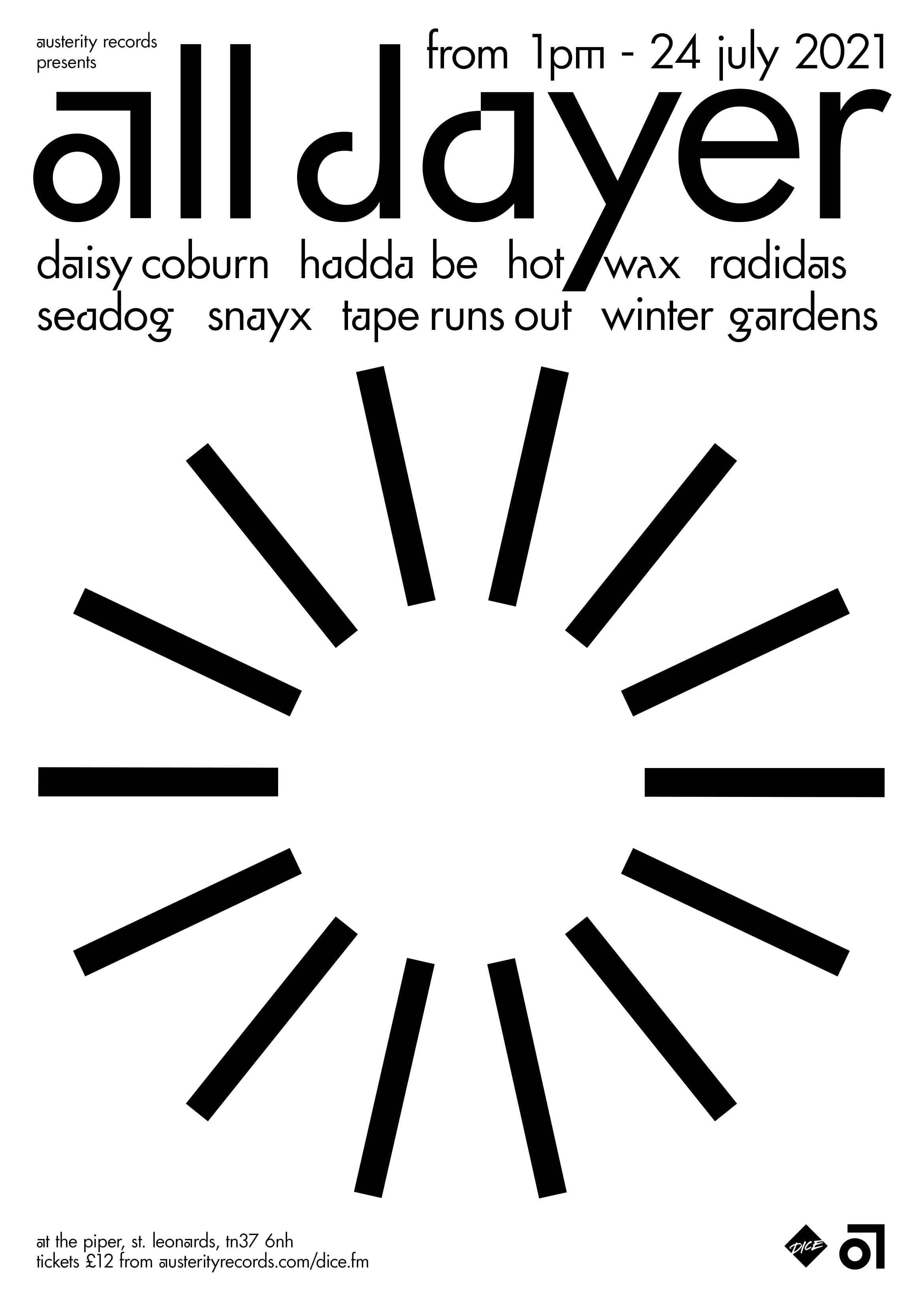 Happy RSD!! It’s days like today that make us feel sorry for anyone who doesn’t collect those little bits of wax that we put on our turntables. As always, we ventured over to Musics Not Dead in Bexhill, where the enthusiasm, passion & sense of occasion was there for all to enjoy. We spent far too much £££ but we don’t regret it one bit. See you all for Drop 2 in July! 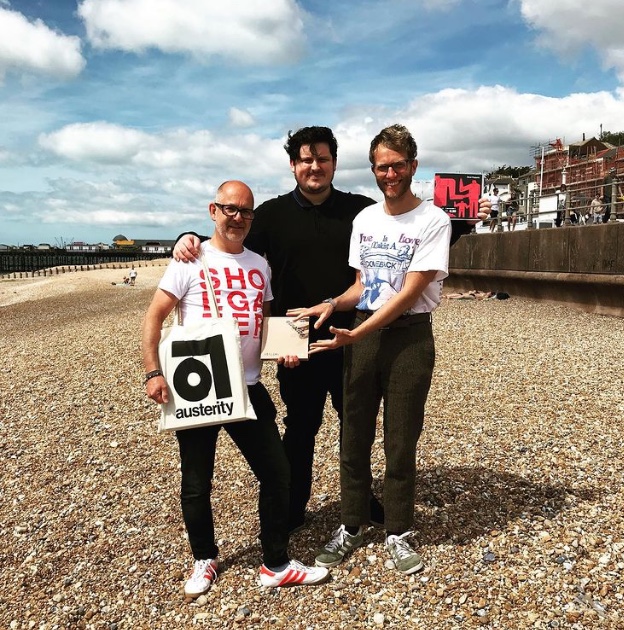 It is with much enthusiasm & great pleasure that we introduce the latest addition to the austerity records roster, Brighton’s own Seadog! This one has been in the works for a while, & we couldn’t be happier to finally let you all in on it. Fresh off airplay from the likes of amazing radio and 6 Music, the anthemic folk project of Mark Benton & Tom Chadd will be releasing new music VERY soon, so keep an eye out for that. But for now, please join us in welcoming the incredible Seadog to the austerity family!

"With a cool motorik rhythm and atmospheric lead vocals floating above fuzzy-folk guitars and vintage sounding synths, "Old Joe" is a delight. It's like being on a train ride through time as the song looks back wistfully at a life gone by, contemplating all that went before, the happy and the sad. A particularly touching song from what already feels like Seadog's most accomplished work to date." - Simon Raymonde (Cocteau Twins/Bella Union) 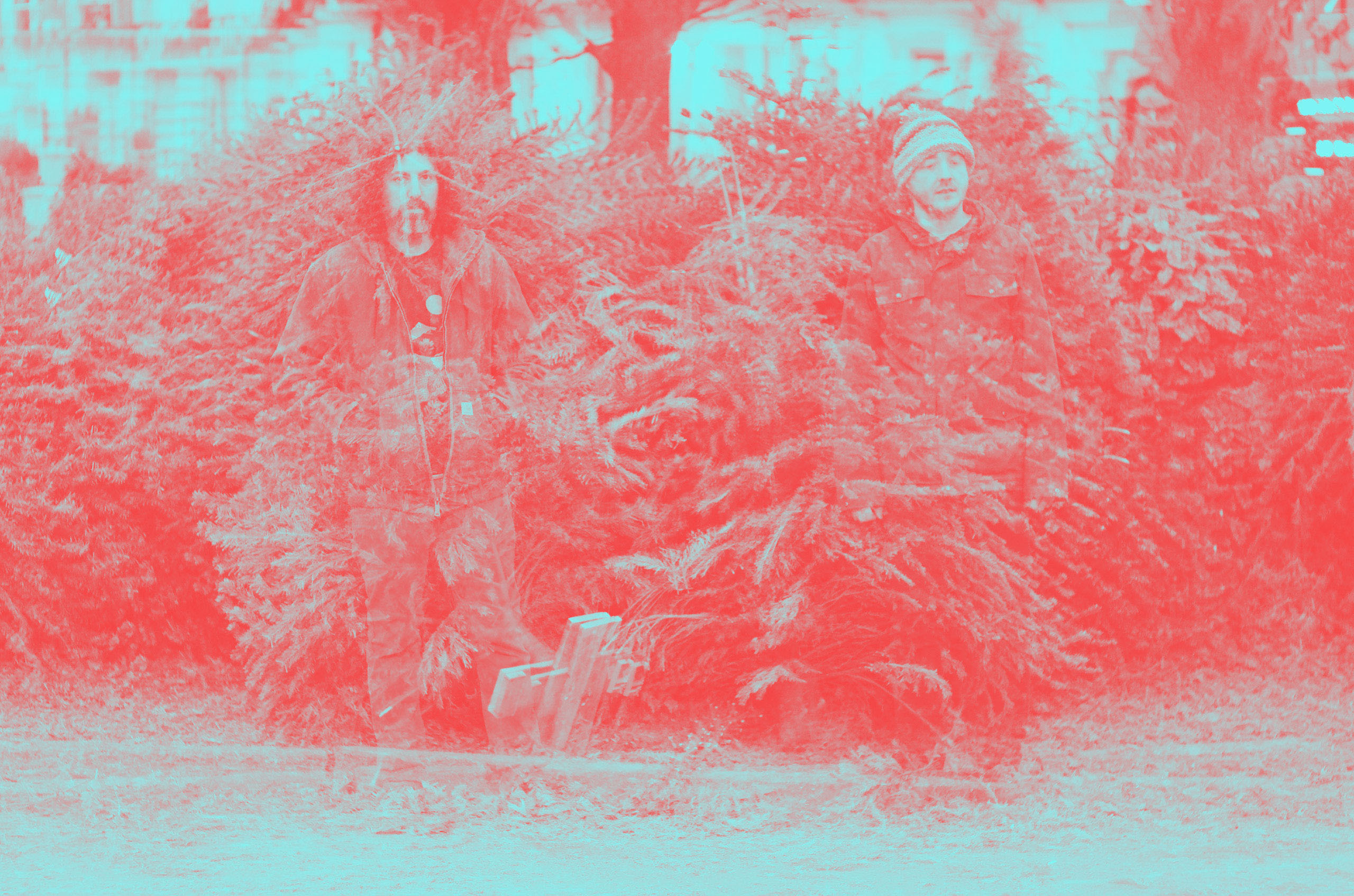 “I know I can feel I’m witnessing something a little special here tonight...”

We’re getting kind of sick of saying it, but we told you so. SNAYX ripped the stage to shreds at The Prince Albert on Saturday night. Check out Cris Watkins of Brighton & Hove News’ full review of the show at the link HERE 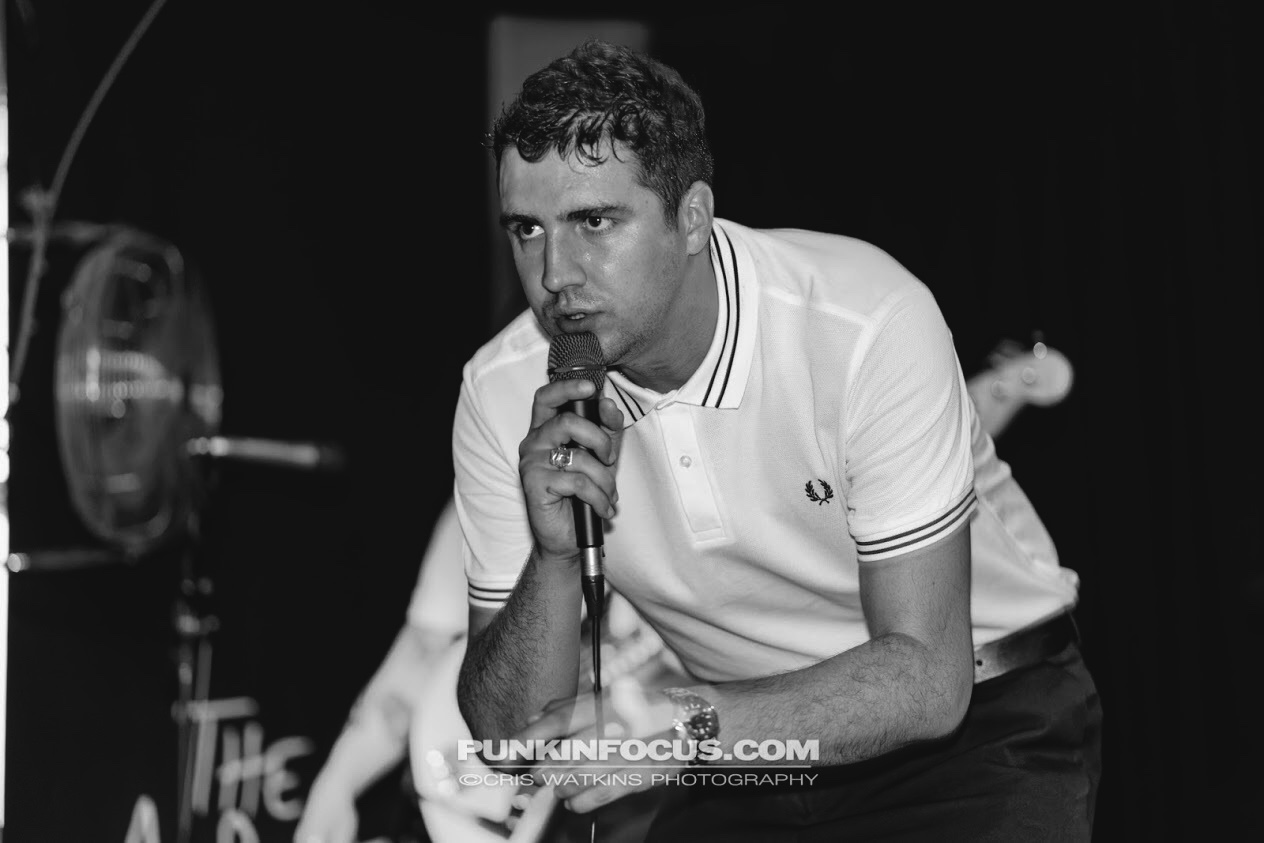 To say we were a tad nervous about our return to live shows may be an understatement, but we needn’t have been. An absolutely incredible night. Sincere thanks to Pete Fij & Terry Bickers, CIEL & our very own Winter Gardens for the captivating performances, & the team at The De La Warr & Musics Not Dead for being the best of hosts and Sara-Louise Bowrey for the stunning photography. The biggest thank-you, however, is reserved for all those that came down. It was a pleasure to see you all again, & thanks for sticking with us for the past year & a half. Til’ the next one! x 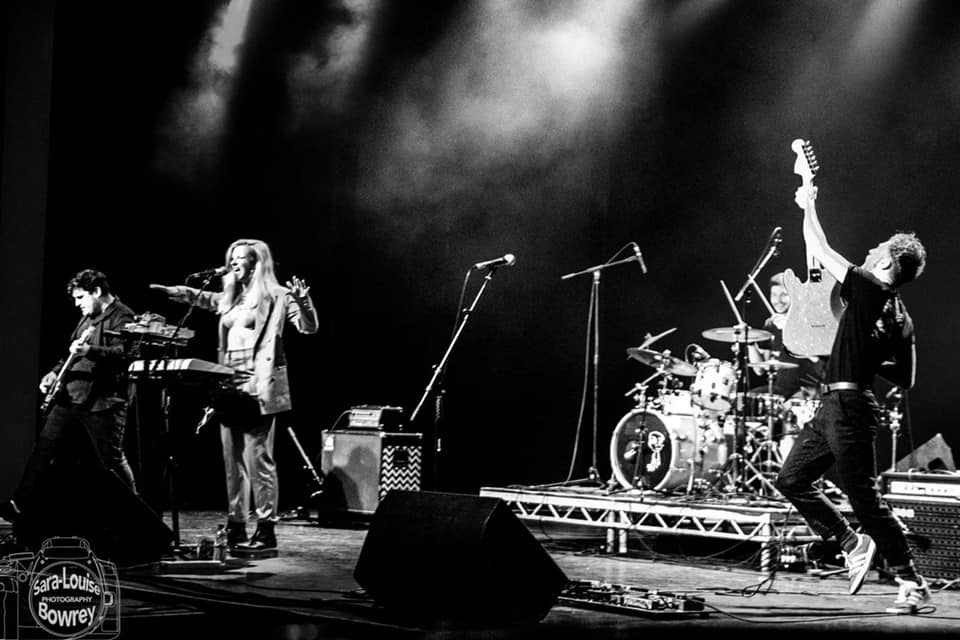 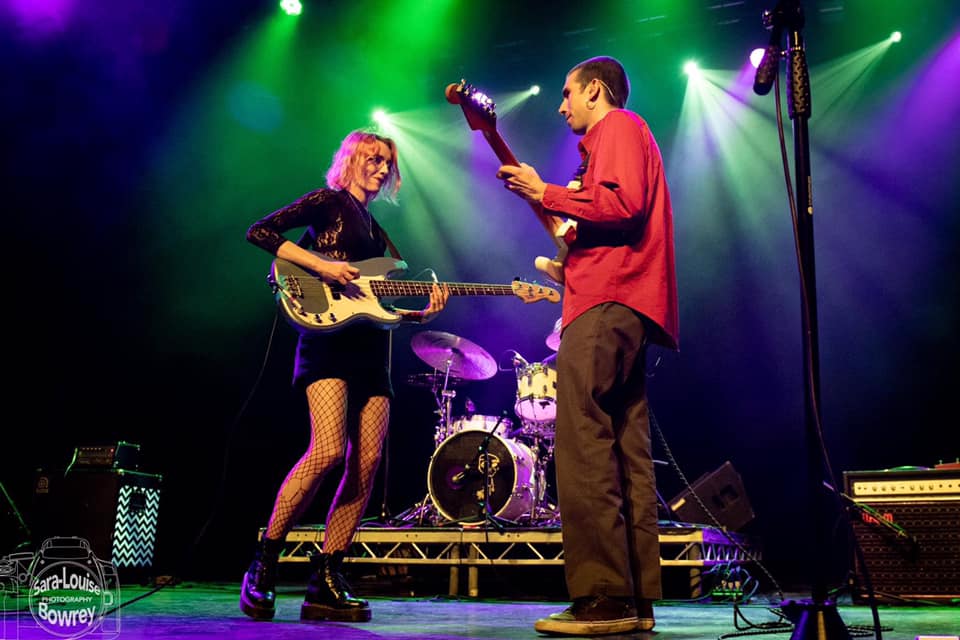 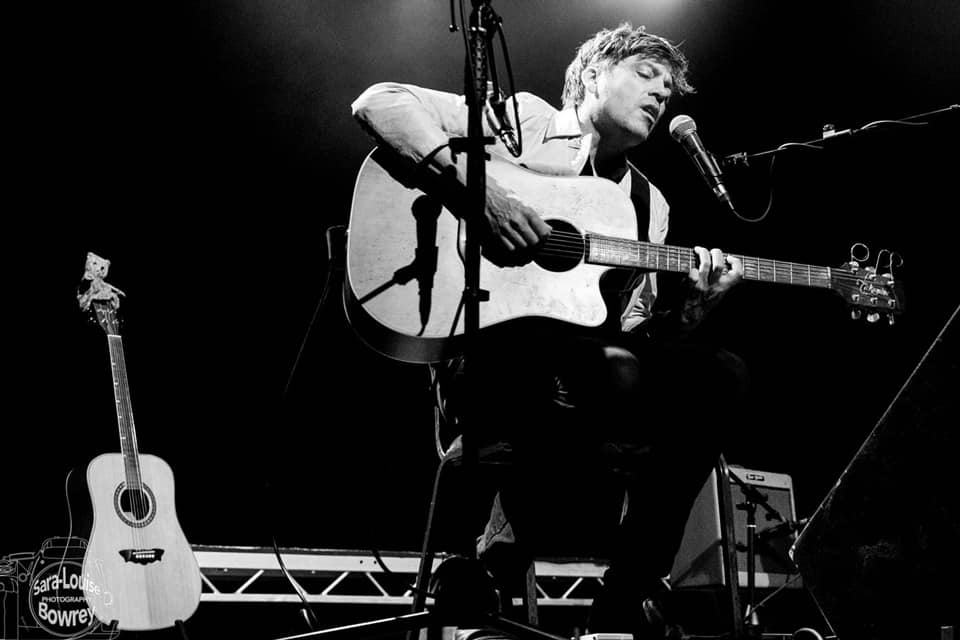 Pre-orders for the brand new Hadd Be cassettes are now live! “Another Life”, the debut 11-track that has had glowing reviews from the likes of BBC Introducing, For The Rabbits & Even The Stars, released on a gorgeous milky-white cassette, exclusive to the AUS C60 Club. Pre-order HERE 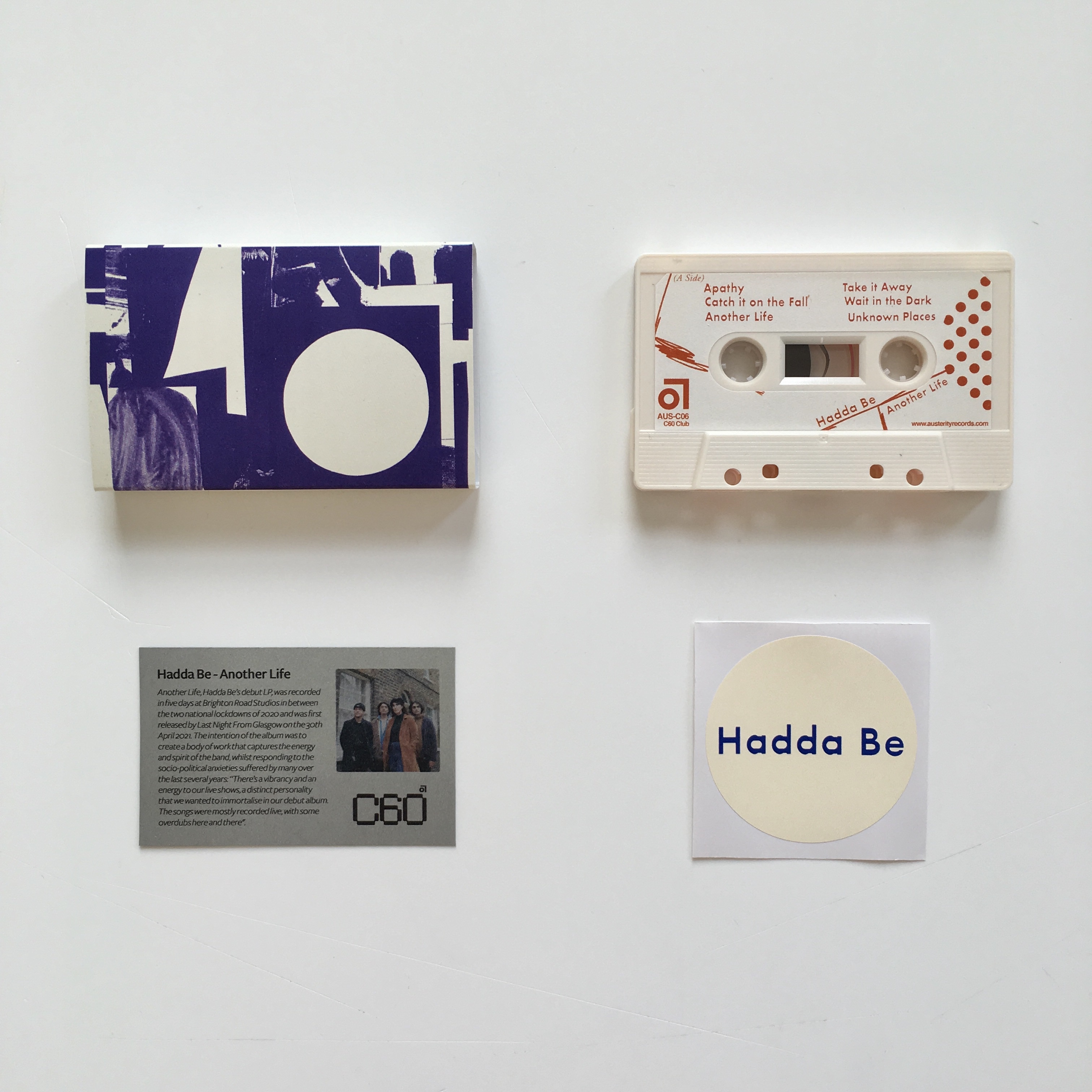 Next month marks the one year anniversary of the C60 Club, & we are very pleased to mark this momentous occasion by announcing the latest participants, Brighton & London’s Hadda Be FKA Foundlings, the indie post-punk four-piece will be releasing their stunning debut album “Another Life” on an exclusive milky-white cassette, due for release on June 18th (big thanks to lnfglasgow!). As standard with all C60 releases, these items are limited to only 25 pieces so they won’t be available for long. DON’T SLEEP! 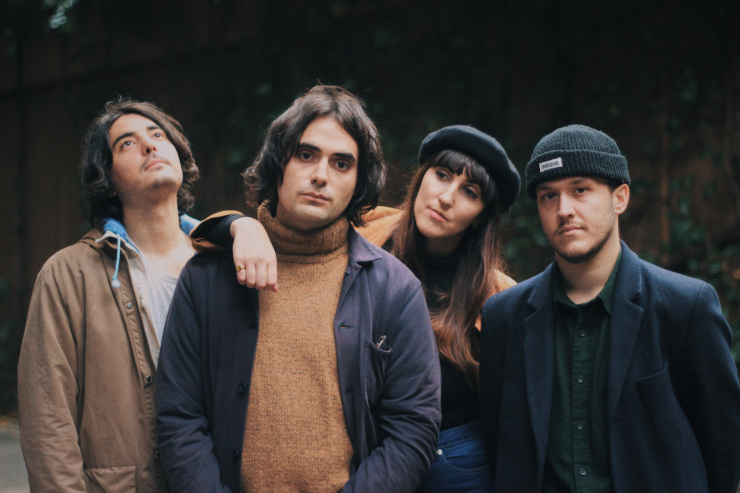 As part of the C60 Club, we here at austerity will be catching up with some of our favourite artists of the underground music scene. This month, we had a chat with the man responsible for the raw power & passion of Primitive Ignorant – Ladbroke Grove’s own Mr. Symren Gharial…

S: Hey! Thank you so much for having me, it's a real honour.

Prior to Primitive Ignorant, you established your name in the UK music scene by playing in such influential bands as Piano Wire & the acclaimed psych-rock outfit The 80’s Matchbox B-Line Disaster. Please take us through your musical journey up to now & how the transition to solo artist came to be.

Yeah, it's been an intense journey! Even though I regret getting so messed up in Eighties’ Matchbox, I look back on that band with a lot of pride. We were running on an unfathomable energy at the time. It was blistering, uncontainable & extreme in every way. We did exactly what we set out to do. In Piano Wire, it was a real privilege to work so closely with Andy Huxley. We wrote so many songs together in that band & I learnt so much from a master. However, although I've been playing for a bit, I don't think I can be classified as a musician in the traditional sense. I'm not technical or conventional. I like punk & the freedom, change & individuality that it stimulates. It's really important to me to evolve & surprise people. I don't think anyone expected me to come out with a record like this. “Sandinista!” by The Clash was my inspiration. They were completely unbounded on that album, refusing to stick to one genre & did whatever they wanted.

PI is obviously a very personal project & “Sikh Punk” is inspired by your troubles as a young Sikh growing up on Ladbroke Grove & struggling to fit in. How does this record link to your past & do you see it as a sort of cleansing of some unpleasant memories?

Growing up as a Sikh in West London, I had so much shame in who I was & where I was from. It was such a struggle enduring the day-to-day bullying & I'd cracked by the time I was 15. That's when I cut my hair & got into rock 'n' roll, drugs & self-harm in an attempt to run from my ethnicity. The story of a South Asian immigrant's struggle to integrate into British society has rarely been told in popular culture so it felt really important to share the intimate details of my past & help to emancipate the voice of the South Asian diaspora. Since getting sober nine-and-a-half years ago, I've found a new pride in my ethnicity so although there is a lot of pain & suffering in the album, really it's about victory, justice & renaissance.

The LP touches on the unwelcome return of overt racism to the UK, largely fuelled by the current post-Brexit landscape. As a musician & performer who has seen first-hand just how damaging this can be, do you feel Primitive Ignorant can influence a new generation of young alternative types to take a stand, much like the punk music of years past inspired you?

I think music is an extremely powerful medium, one that's immeasurably special. I feel a responsibility with Primitive Ignorant to raise awareness over struggles with race, addiction & mental health through my music & lyrics - but I'm not trying to directly influence anyone. I'm just sharing my experiences & hopefully someone might relate to them & feel reassured that they are not alone, or even feel encouraged to share their own. I believe there is a huge power in exposing vulnerability with humility & sharing a struggle. The record is not about being a victim though. It's about victory & exuding in your identity no matter what.

“Sikh Punk” contains collaborations with some of the most important names in punk/alt music from the 70’s (The Clash’s Mick Jones) to the present day (Joe Talbot of IDLES). How did these come to be & what do you feel these voices bring to the record?

I first met Mick Jones when I was playing a Rock Against Racism gig at The Astoria & then later on again when he lived around the corner from me in Ladbroke Grove. Mick is probably my favourite ever musician so it was great bumping into him all the time. As the album is set in W10, & has a sprinkling of sounds from Portobello Market running through it, asking Mick to contribute to the record seemed like a pretty cool idea. A dream really. He's such a lovely man! I've been a big fan of IDLES since my manager played me a demo in 2016, so it was a real honour to work with Joe Talbot - another voice of a generation. I spoke to Joe on the phone to chat to him about the idea really early in the first lockdown & I really appreciated his openness & warmth as a human being. It was so wonderful to work with the both of them. Their delivery of the Oscar Wilde poem is so, so beautiful & gives the record so much charisma &, also, this theatrical, story book feel. It's incredibly vivid & extremely moving.

This takes us to the dazzling lead single “Beautiful Scum”, a track that features AUS’ resident superstar Daisy Coburn. After how well the single was received, could further collaborations between the two of you be a possibility further be down the line? We’d love to see it…

Ah I love Daisy so much! She's so amazingly talented & I love “Beautiful Scum”. It was such a privilege to work with her on that song. I think there'll definitely be more from us in the future! It's been such a natural collaboration & so much fun - I'm so honoured to work with her.

Your latest EP, “Infant Joy on Midnight Streets”, has just been released via Something In Construction & has already received rave reviews from the likes of Steve Lamacq, Under The Radar & Louder Than War. With this new music already making big waves & the end of the pandemic somewhat in sight, what is in the future for Primitive Ignorant & Sym Gharial?

Thank you all so much. I just want to keep evolving, changing & putting loads of music out. A new album is being recorded as we speak & there’ll be shows soon too. I feel an enormous amount of freedom with Primitive Ignorant so I'm really excited to discover where the next record is going to go.

The exclusive “Sikh Punk” cassettes are now on general sale! We only have TWO left in stock (!) so it’s recommended that you move quick (tapes available by clicking the photo below). We’d like to send out a big thanks to Symren Gharial & his team for being such a pleasure to work with on this project - enjoy release day! x 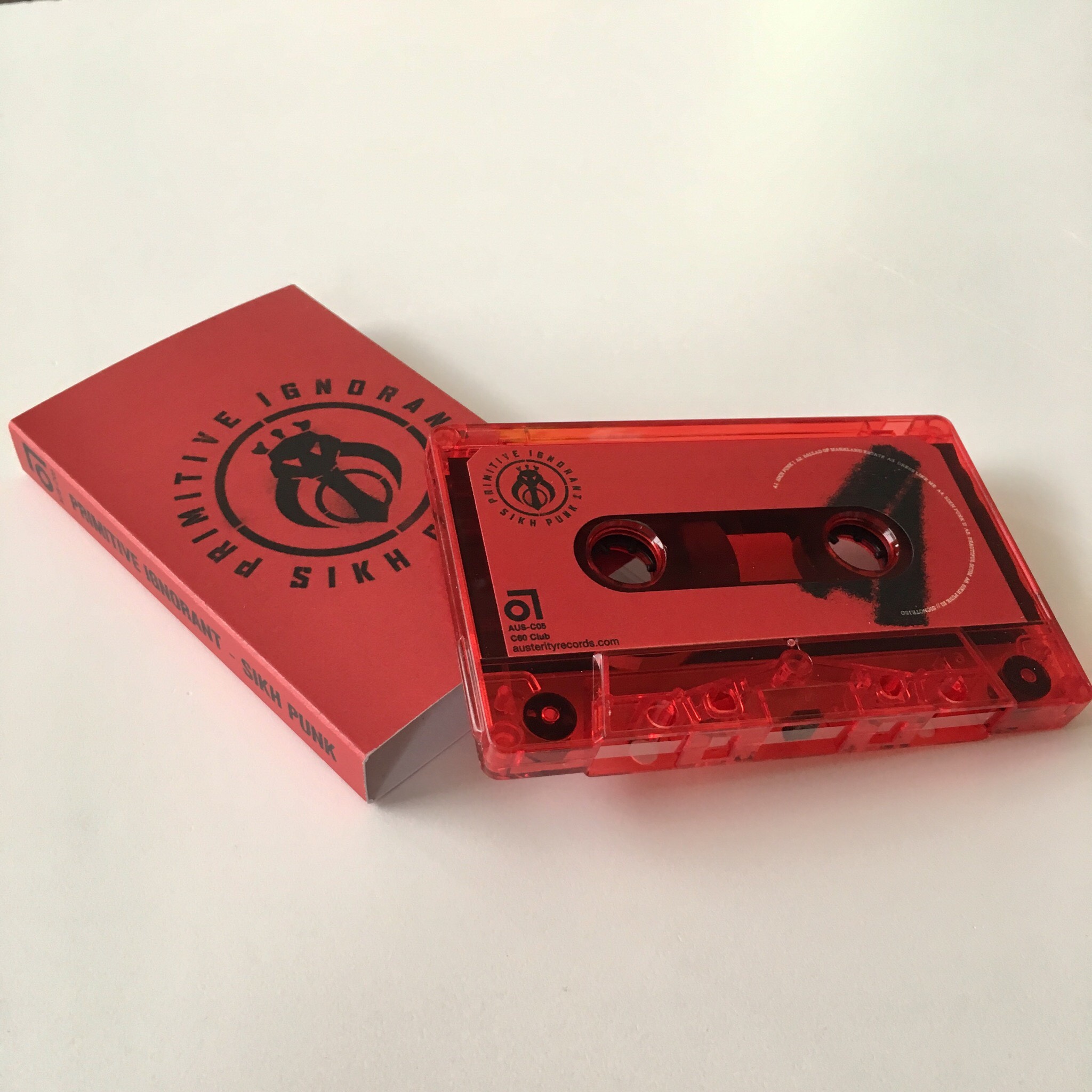 Pre-orders are now being taken for the stunning trans-red Primitive Ignorant/C60Club “Sikh Punk” cassette. This is the first time a full length has been released as part of our cassette series & we couldn’t have picked a better album. Remember, these tapes are limited to only 25 pieces & they definitely won’t be hanging around. Get on it ya fuckas. 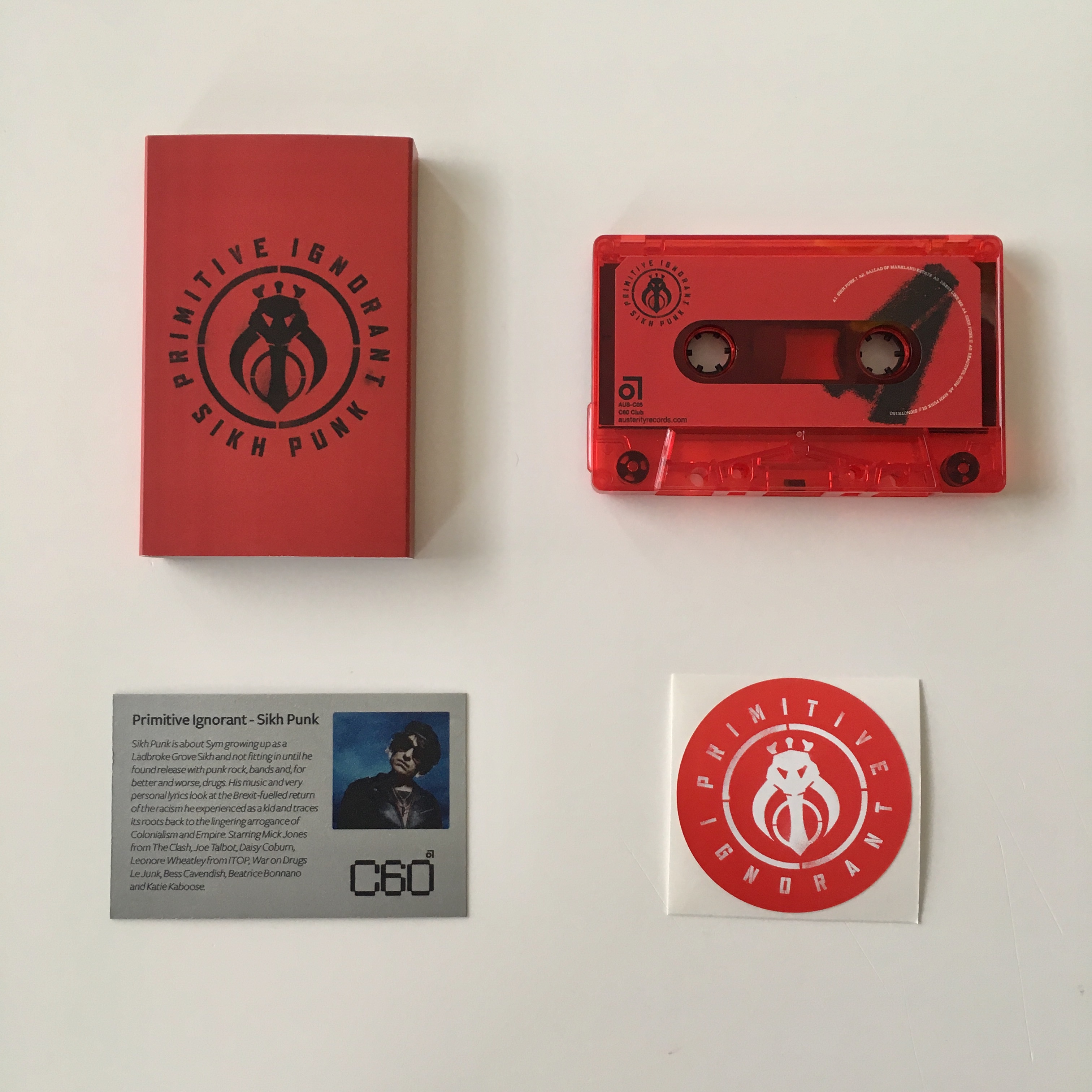